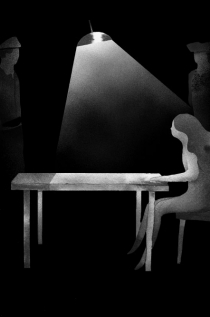 Robyn Doolittle of the Globe and Mail reported that "more than 5,000 allegations of sexual assault closed as unfounded by Canadian law enforcement every year". That is 1 in 5 sexual assaults reported to police in Canada is dismissed as baseless and thus unfounded. Once a case is coded as "unfounded", it disappears from public record. Considering the fact that fewer than one in 10 women who were sexually assaulted report their violation to police, and that fewer than half of the cases that do go to court end with a conviction, the high rate of sexual assaul cases rendered unfounded is staggering.

Advocates in Ottawa and elsewhere have been raising alarm bells about unfounding for decades, and are leveraging the traction created in light of this nation-wide investigation. At this workshop, Ottawa anti-violence advocates, Sunny Marriner (Ottawa Rape Crisis Centre), Erin Leigh (Ottawa Coalition to End Violence Against Women) and Elizabeth Sheehy (Law professor at University of Ottawa) will guide us to discuss 2 issues:

Please register online ($11 including a service charge) or in person at Octopus Books (116 Third Ave.)