New Book with Ottawa Connections to Eco-Crimes in Borneo, Malaysia to be Launched on Tuesday, November 11th

(OTTAWA/Nov. 4) - An explosive new book, Money Logging: On the Trail of the Asian Timber Mafia, to be released on November 11th in Ottawa exposes the multi-million-dollar-businesses of a Malaysian despot Abdul Taib Mahmud in Canada, including his investments in a major office complex on Preston Street. The money trail leads from the rain forests of Borneo, to Ottawa, to the Ontario government and the FBI.

Money Logging is written by historian Lukas Straumann of Switzerland, Executive Director of the Bruno Manser Fund, a Swiss human rights and environmental organization that advocates the rights of Borneo’s indigenous peoples.

Money Logging investigates what former British prime minister Gordon Brown has called "probably the biggest environmental crime of our times"—the illegal logging of the tropical rain forests by Malaysian loggers and the laundering of its proceeds in Western countries. Straumann goes in search not only of the lost forests and the people who used to call them home, but also the network of criminals who have earned billions through illegal timber sales and corruption.

He singles out Abdul Taib Mahmud, current governor of the Malaysian state of Sarawak, as the kingpin of this Asian timber mafia, while he shows that Taib’s family have used Canada as a safe haven for their illicit assets since the early 1980s.

Money Logging raises serious questions over the effectiveness of the Canadian government’s anti-money-laundering policies. The book shows that Ottawa is the centre of an international money-laundering operation that involves properties in the US, Australia and the UK. Shockingly, even the FBI’s Seattle Field Office, the Abraham Lincoln Building in downtown Seattle, is owned by the Taib family and administered from their Ontario business hub.

Members of the media are invited to a news conference on Tuesday, November 11th at 3:30 p.m. at Octopus Books, at 251 Bank St., 2nd Floor. A book launch will follow at 7 p.m., also at Octopus Books. 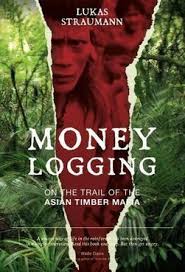 Journalists can request a review eBook now by emailing info@bergli.ch.

Money Logging: On the Trail of the Asian Timber Mafia book: www.money-logging.org