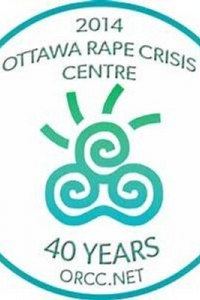 Reports of sexual assault have appeared frequently in the news over the past few months. One of the most memorable cases can be attributed to former CBC Radio host Jian Ghomeshi’s sexual assault scandal. As of January 8 this year, Ghomeshi is charged with seven assault counts and one count of overcoming resistance by choking. Prior to Ghomeshi’s first appearance in court, questions of consent, as well as questions of why most victims and survivors of sexual violence (the majority of them are women) do not report to the police, have overwhelmed public debate on the allegations against Ghomeshi’s sexual conduct.

On February 6, an article by CBC News stated that more than 700 sexual assaults have been reported on Canadian college and university campuses over the past 5 years. But Lee Lakeman, the founder of the Vancouver Rape Relief and Women’s Shelter (the oldest rape relief and women’s shelter in Canada) and a leading voice on the issue of violence against women said that this number is “laughingly low.” The University of Ottawa is a perfect example. A recent student survey on the U of O campus shows that “as many as 44 percent of female students experienced some form of sexual violence or unwanted sexual touching while attending the university. Yet the CBC News survey shows that over the course of five years, only 10 students reported an assault to the U of O” (CBC News).

Why do few sexual assault victims and survivors file formal reports with police or with the institutions they attend?

We know that many factors have prevented sexual assault victims from coming forward, and that these factors largely have to do with structural inequalities rooted in the capitalist, racist and patriarchal culture of our society. We would like to begin working towards reversing this phenomenon of low reporting with a dialogue on two critical subjects: consent, the dividing line between sex and sexual assault, and the law.

The goal of this workshop is to build our confidence with the tool of the law on hand in order to advance solutions and supports required to end sexual violence.

We are honoured to have two leading feminists and frontline workers to facilitate this workshop: Sunny Marriner, Executive Director of Ottawa Rape Crisis Centre, and Elizabeth Sheehy, a Law professor at University of Ottawa and the author of Defending Battered Women on Trial: Lessons From the Transcripts.

Admission by donations. All donations will go to support Ottawa Rape Crisis Centre.

SUNNY MARRINER is the Executive Director of the Ottawa Rape Crisis Centre. She has been working as an advocate, activist, trainer, frontline support worker, researcher, consultant, and community leader on issues relating to Violence Against Women in Ottawa for 18 years. She is a regular trainer and lecturer on intersections of law and stigmatized populations, including questions of access to justice, sexual violence & exploitation, sexual assault law, police and legal responses to Violence Against Women, and women’s incarceration and psychiatrization. Sunny publishes on issues of criminalization and psychiatrization of women and girl survivors; legal and psychiatric expertise claims in sexual assault; and therapeutic jurisprudence.

ELIZABETH SHEEHY is a Professor of Law, University of Ottawa Faculty of Law, Shirley Greenberg Professor of Women and the Legal Profession, and Vice Dean Research. She is the editor of Sexual Assault in Canada: Law, Legal Practice and Women’s Activism, which is available on Open Access here. She is also the author of Defending Battered Women on Trial: Lessons From the Transcripts (Vancouver: UBC Press, 2014).

Both Sunny and Elizabeth sat at the Task Force on Respect and Equality: Ending Sexual Violence at the University of Ottawa. The task force issued a report a few weeks ago. It can be downloaded here.