Thinking Emancipation in the 21st century: Some African contributions past and present by Michael Neocosmos 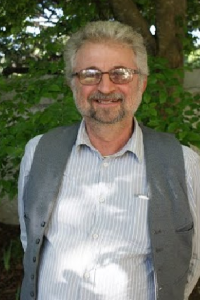 Professor Michael Neocosmos is the  Director of the Unit for the Humanities at Rhodes University.

His main fields of research have included Rural Development in both Latin America and Africa; Development, Migrant labour, Ethnicity, Citizenship, State and Civil Society, Political Transition, all in Southern Africa, as well as issues of Social Theory concerning Development, Democracy, Human Rights and Political Subjectivities. His main publications include: Social Relations in Rural Swaziland (editor) (1987); The Agrarian Question in Southern Africa (1993); From Foreign Natives to Native Foreigners: Explaining Xenophobia in South Africa (2006 and 2010) and Political Subjectivities in Africa (editor of Special issue of the JAAS, 2012).

In 2016, Neocosmos published his book Thinking Freedom in Africa: Toward a Theory of Emancipatory Politics. This is a book of theory written from Africa. Its concern is the development of concepts for an understanding of emancipatory politics in Africa in particular, and in the Third World in general. Upon hearing the news, Firoze Manji, Founder of Pambazuka News and publisher of Daraja Press, commented: “This exceptional book finally reasserts the struggle for EMANCIPATION and a universal humanity as being central to an understanding of the history of Africa as well as the essential basis for constructing a future based on humanity, equality and justice. Michael is to be congratulated for reestablishing African people's contribution to humanity, something that has long been occluded by both Africans and Africanists.”