The Rule of Law in an Age of Fear: A talk with Dennis Edney, Omar Khadr’s lawyer 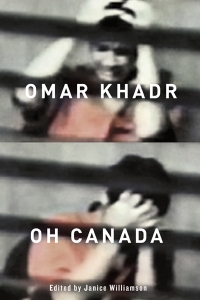 The International Civil Liberties Monitoring Group in collaboration with Inter Pares and Octopus Books invites you to The Rule of Law in an Age of Fear: A talk with Dennis Edney, Omar Khadr’s Lawyer

Mr Edney will speak about Omar Khadr's case and the climate of fear surrounding the war on terror and how it has affected and continues to negatively affect human rights, due process, and the rule of law.

On May 7, 2015, after a 13 year imprisonment, Omar Khadr was finally freed on bail. His ordeal is far from over. There are two upcoming 2016 court challenges:

As urged by the United Nations' Committee Against Torture, the violation of Omar’s rights must be properly remedied.

Dennis Edney is a Canadian defence lawyer based in Edmonton, Alberta. He has been representing Omar Khadr pro bono for years.

Copies of Omar Khadr, Oh Canada Edited by Janice Williamson will be available for purchase.

Omar Khadr, Oh Canada, over thirty contributors analyze Khadr's background, his incarceration, the actions of Canadian authorities, and the implications raised by his legal case. This multi-genre book includes essays, articles, poems, a play, extended excerpts from the documentary film You Don't Like the Truth, and other texts produced by distinguished contributors such as Sherene Razack, General Roméo Dallaire, Charles Foran, Kim Echlin, Judith Thompson, Audrey Macklin, Shadia Drury, George Elliott Clarke, Maher Arar, Rick Salutin, Monia Mazigh and Sheema Khan. While they sometimes disagree on issues such as radical Islam and Canadian multiculturalism, they all write from the conviction that Khadr's treatment has been - and continues to be - shamefully unjust and shaped by post 9/11 Islamophobia that continues to distort the views of many Canadians.

Canadians are dismayed by the government's behaviour toward Omar Khadr. Adding strong and articulate voices to the debate, Omar Khadr, Oh Canada will educate and inform readers as his story continues to unfold.