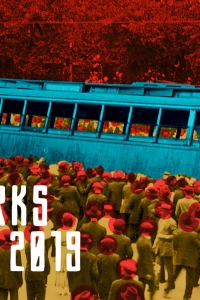 Ruth Stewart-Verger's grandparents lived in Winnipeg in May of 1919 at the time of the Winnipeg General Strike. You are invited for an evening of storytelling as Ruth recounts her family's stories of Grandfather William Coulter, one of the Strike Committee of 100.

Part of the MayWorks Ottawa 2019 festival, this event is hosted as a fundraiser by the Workers’ History Museum. Tickets are $10 at the door.

Ruth was lucky enough to be raised in a family of storytellers, thus learned her art from relatives, neighbours, and travellers who stopped to share the wealth of stories at the family dinner table. Ruth's first love is for stories of people, their struggles and their triumphs! Her stories of history's heroes carry you to a different time, a different way of understanding. In her tales of adventure and misadventure, you will recognize your neighbours; perhaps yourself!

About the Winnipeg General Strike

On May 15, 1919 workers from across Winnipeg, ranging from metal workers to telephone operators, united to spark the largest worker revolt in Canadian history. Approximately 30,000 workers walked off the job over the next six weeks, and the city was overtaken by lively demonstrations and marches. The clash ended violently when RCMP on horseback charged and shot into a crowd of striking workers resulting in deaths, beatings, and arrests.