Reading in Celebration of Authors for Indies Day! 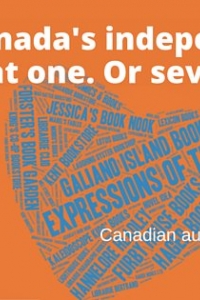 It's Authors for Indies Day! Come on in to celebrate independent bookstores across the country with Ottawa-based authors on April 29. Joining us will be Joanne Proulx, Jared Young and Christine McNair. Each author will read from their most recent work and talk about their two favourite books for 10-15 minutes. Then we will open things up for conversation and mingling, Copies of their books will be available for purchase and signing!

Come and bring friends with you!

Joanne Proulx's debut novel, Anthem of a Reluctant Prophet, is currently being adapted for film, was the recipient of Canada's Sunburst Award for fantastic fiction and was named a best debut of 2007 by The Globe and Mail. After 9 year, her second novel We All Love the Beautiful Girls (Penguin Random House) will be released on August 22!

Jared Young grew up in Yellowknife, Northwest Territories, and currently resides in Ottawa. His writing has appeared in the Toronto Star, Bangkok Post, Ottawa Citizen, Maisonneuve, and the Walrus; it has also been anthologized in McSweeney's. He is the co-founder of Dear Cast and Crew (dearcastandcrew.com) and a creative director at the advertising agency McMillan. In to the Current is his debut novel published by The Goose Lane Editions last September.

Christine McNair is the author of Conflict (BookThug, 2012; finalist for the City of Ottawa Book Award, the Archibald Lampman Award, and the ReLit Award, and shortlisted for the Robert Kroetsch Award for Innovative Poetry) and pleasantries and other misdemeanours (2013; shortlisted for the bpNichol chapbook award). Her work has appeared in Arc Poetry Magazine, CV2, Descant, Poetry is Dead, Prairie Fire, and sundry other places. McNair works as a book doctor in Ottawa. Her new poetry book Charm (BookThug) is just released this month.