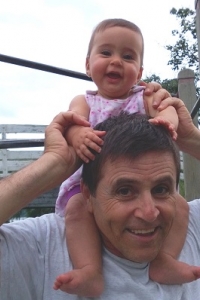 Hassan Diab is an innocent Canadian citizen, a university professor, husband and father of two young Ottawa children, wrongfully sent to France where he sits in a tiny jail cell 22 hours a day undergoing years-long investigation for a crime he did not commit. The physical description, the finger and palm prints, and the handwriting of the suspect do not match Hassan’s, and French judicial investigators have concluded that he was not even in France at the time of the attack committed in Paris in 1980. Hassan has been ordered released on bail six times within the past year by the investigating judges, but each time the French Court of Appeal quashed the release orders at the prosecutor’s behest because of the political climate in France. When will Hassan’s Kafkaesque nightmare end?

We are calling on Prime Minister Trudeau to live up to his words that Canada is back on the world stage and looking out for its citizens. In August 2015, Trudeau said that then-PM Harper "has an obligation to use the full force of the Prime Minister’s Office to help Canadian citizens when they are unjustly imprisoned abroad. His inaction must end today.”

We believe Prime Minister Trudeau must speak out publicly and use the full force of his office to help Canadian citizen Hassan Diab, who is in the extraordinary situation of remaining behind bars despite being ordered released an unprecedented six times.

This is a critical time in building pressure to support Dr. Diab. Please come out on May 17th, bring a friend or two, and spread the word!

Noon
Wednesday, May 17 2017
Office of the Prime Minister, Langevin Block, corner of Elgin and Wellington Streets

Please sign this Parliamentary petition calling upon the Government of Canada to work towards the immediate granting of bail to Hassan and securing his urgent return to his family and home in Canada: https://petitions.parl.gc.ca/en/Petition/Details?Petition=e-833.