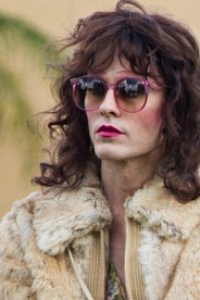 Please note that this event is postponed.

Jared Leto's portral of Rayon, a trans woman suffering from AIDS in the film, Dallas Buyers Club, won him this year's Oscar for best supporting actor. In his problemtic acceptance speech, Leto failed to acknowledge the crippled character he was called out of retirement to caricature. Leto's character was not in the original story. He was fabricated by the director to depict the usual banal tragedy of the lives of trans feminine people. More importantly, Jared Leto failed to acknolwedge experiences of trans women in the context of HIV/AIDS epeidemic that helped bring this drama to light.

Leto's attitude, ignoring the reality of the lives of trans feminine people yet benefiting from their existence, illustrates the kind of systemic barriers trans women routinely face in our community. This is the Jared Leto Effect.

Please join D. J. Freedman, MSW to for a presentation and discussion about the Jared Leto effect, as well as a discussion of the response of community institutions to this concern