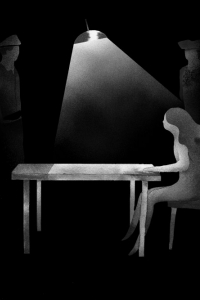 The recent Globe and Mail 'Unfounded' series by investigative journalist, Robyn Doolittle, has shed some light on problems in police handling of sexual assault allegations. "Unfounded" is a formal police classification that rendered an allegation baseless.

According to the Uniform Crime Reporting Survey, a national set of standards that every police service is supposed to follow,"an incident is 'unfounded' if it has been determined that no violations of the law took place at that time or location. An unfounded incident is not an incident where someone is committing mischief by reporting a violation that did not take place. These incidents should be re-classified according to the resulting violation e.g., mischief."

Robyn Doolittle of the Globe and Mail reported that "more than 5,000 allegations of sexual assault closed as unfounded by Canadian law enforcement every year". That is 1 in 5 sexual assaults reported to police in Canada is dismissed as baseless and thus unfounded. Once a case is coded as "unfounded", it disappears from public record. Considering the fact that fewer than one in 10 women who were sexually assaulted report their violation to police, and that fewer than half of the cases that do go to court end with a conviction, the high rate of sexual assaul cases rendered unfounded is staggering.

Advocates in Ottawa and elsewhere have been raising alarm bells about unfounding for decades, and are leveraging the traction created in light of this nation-wide investigation. At this workshop, Ottawa anti-violence advocates, Sunny Marriner (Ottawa Rape Crisis Centre), Erin Leigh (Ottawa Coalition to End Violence Against Women) and Elizabeth Sheehy (Law professor at University of Ottawa) will guide us to discuss 2 issues:

Please register online ($11 including a service charge) or in person at Octopus Books (116 Third Ave.)

Sunny Marriner is the Executive Director of the Ottawa Rape Crisis Centre. She has been working as an advocate, activist, trainer, frontline support worker, researcher, consultant, and community leader on issues relating to Violence Against Women in Ottawa for 20 years. She is a regular trainer and lecturer on intersections of law and stigmatized populations, including questions of access to justice, sexual violence & exploitation, sexual assault law, police and legal responses to Violence Against Women, and women’s incarceration and psychiatrization. Sunny publishes on issues of criminalization and psychiatrization of women and girl survivors; legal and psychiatric expertise claims in sexual assault; and therapeutic jurisprudence.

Elizabeth Sheehy is a Professor of Law, University of Ottawa Faculty of Law, former Shirley Greenberg Professor of Women and the Legal Profession, and former Vice Dean Research. She is the editor of Sexual Assault in Canada: Law, Legal Practice and Women’s Activism, which is available on Open Access here. She is also the author of Defending Battered Women on Trial: Lessons From the Transcripts (UBC Press, 2014) and a contributor to Sexual Violence at Canadian Universities: Activism, Institutional Responses, and Strategies for Change. (WLU Press, 2017)