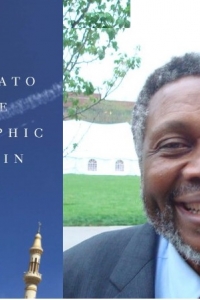 The Institute of African Studies presents a talk entitled “Libya, Pan Africanism, African Unity and the quest for peace.” This is a part of the African Studies Umeme: African Flashpoints Series .

Horace Campbell is Professor of African American Studies and Political Science at Syracuse University. His recent book is Global NATO and the Catastrophic Failure in Libya. He is author of: Rasta and Resistance From Marcus Garvey to Walter Rodney; Reclaiming Zimbabwe: The Exhaustion of the Patriarchal Model of Liberation; Pan Africanism, Pan Africanists and African Liberation in the 21st Century; and Barack Obama and 21st Century Politics. Follow on Twitter @Horace_Campbell.

More about the speaker:  http://www.horacecampbell.net/.