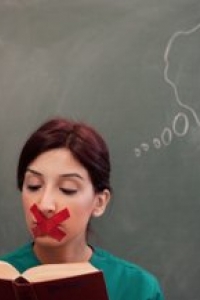 University structures have been under transformation for three decades in Turkey. As of January 2016 this transformation entered a new stage, with the government’s incessant measures that so far curbed down any means for searching and advocating for academic rights and liberties.

This last phase can be understood in terms of the alliance between neoliberal policies and authoritarian styles and means. It can further be read within the scope of a wider transformation in the country’s regime, and thus as the dislocation of certain groups of academics, deemed to present (potential) hinders to this overall transformation.

Both readings are built on the ongoing purges, restrictions and violation of the rights and liberties of a diverse group of academics in Turkey since January 2016, whose almost only common asset was that they put their signatures on a petition addressing the government/state of Turkey, widely known as the Peace Declaration.

This talk will offer a brief account of the state of academic freedom in Turkey. Yet it will not be restricted to the discussion of academic freedom to one country, rather inviting a broader approach that relates the current case in Turkey to the global pervasion of neoliberal politics on the campuses.

Registration: $10 or Pay What You Can

Dr. Simten Coşar, works as a professor of political thought in the Faculty of Communication at Hacettepe University, Ankara, Turkey. She has published in English and Turkish on Turkish politics, feminist politics, and political thought. Her articles appeared in Monthly Review, Contemporary Politics, Feminist Review, South European Society and Politics, and Journal of Third World Studies. She is the co-editor of Silent Violence: Neoliberalism, Islamist Politics and the AKP Years in Turkey (Ottawa: Red Quill Books, 2012). Currently she is co-editing (with Dr. Hakan Ergül) a volume on Universities in the Neoliberal Era: Academic Cultures and Critical Perspectives (Palgrave, forthcoming). She has conducted research in the Department of Women, Gender and Sexuality Studies at UMass Amherst on neoliberal transformation in the universities and feminist encounters in the neoliberal academia between March and September 2016. Currently, she is continuing her field study on the same topic and teaching in the School of Journalism and Communication at Carleton University as a visiting professor. Dr. Coşar has been involved in feminist political activism at national and transnational levels.