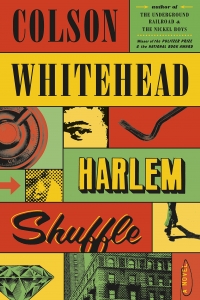 Your purchase of Harlem Shuffle gives you exclusive access to this online event with Colson Whitehead, Wednesday September 29th from 8pm to 9pm ET.

Harlem Shuffle is driven by an ingeniously intricate plot that plays out in a beautifully recreated Harlem of the early 1960s. It's a family saga masquerading as a crime novel, a hilarious morality play, a social novel about race and power, and ultimately a love letter to Harlem. But mostly, it's a joy to read, another dazzling novel from the Pulitzer Prize- and National Book Award-winning Colson Whitehead.