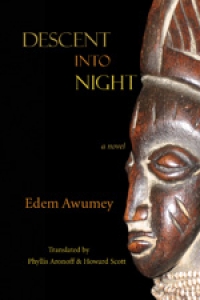 Translated from French by Phyllis Aronoff and Howard Scott.

From Goncourt Prize finalist a beautiful and brilliant new novel.

With a nod to Samuel Beckett and Bohumil Hrabal, a young dramatist from a West African nation describes a student protest against a brutal oligarchy and its crushing aftermath. While distributing leaflets with provocative quotations from Beckett, Ito Baraka is taken to a camp where torture, starvation, beatings, and rape are normal. Forced to inform on his friends, whose fates he now fears, and released a broken man, he is enabled to escape to Quebec. His one goal is to tell the story of the protest and pay homage to Koli Lem, a teacher, cellmate, and lover of books, who was blinded by being forced to look at the sun--and is surely a symbol of the nation.

Edem Awumey gives us a darkly moving and terrifying novel about fear and play, repression and protest, and the indomitable nature of creativity.

Edem Awumey was born in Lomé, Togo. He is the author of three previous novels, Port-Melo (2006), which won the prestigious Grand prix littéraire d’Afrique noire; Les pieds sales (2009), which was a finalist for the Prix Goncourt in France; and Rose déluge (2011). The English translation of Les pieds sales, Dirty Feet (2011), was selected for the Dublin Impac Award. In 2006 Awumey was selected to be a literary protégé to the renowned Moroccan writer Tahar Ben Jelloun. Edem Awumey currently lives in Gatineau, Quebec.