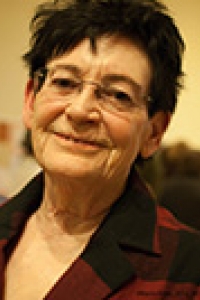 Unfortunately, Roxanne will not be able to travel owing to the exacerbation of her health associated with the smoke from fires in California. Please note this event is cancelled. Thank you for understanding. Instead we will have a talk by Michael Neocosmo who is the author of Thinking Freedom in Africa: Toward a Theory of Emancipatory Politics. Michael will speak on "Thinking Emancipation in the 21st century: some African contributions past and present".

Roxanne Dunbar-Ortiz grew up in rural Oklahoma, the daughter of a tenant farmer and part-Indian mother. She has been active in the international Indigenous movement for more than four decades and is known for her lifelong commitment to national and international social justice issues. After receiving her PhD in history at the University of California at Los Angeles, she taught in the newly established Native American Studies Program at California State University, Hayward, and helped found the Departments of Ethnic Studies and Women’s Studies. Her 1977 book The Great Sioux Nation was the fundamental document at the first international conference on Indigenous peoples of the Americas, held at the United Nations’ headquarters in Geneva. Dunbar-Ortiz is the author or editor of seven other books, including Roots of Resistance: A History of Land Tenure in New Mexico., An Indigenous People's History of the United States, and All the Real Indians Die off and 20 Other Myths about Native Americans. She lives in San Francisco.