Book Signing with Local Author Michel Weatherall in the Glebe! 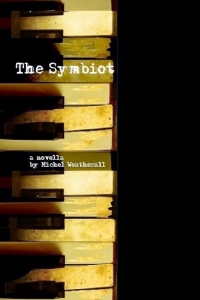 Please visit us in the Glebe to meet local author Michel Weatherall and have your books signed!

Michel has published 2 novels: The Symbiot and its sequel The Hunt: Symbiosys.

"In the Symbiot, Weatherall has created a spine chilling tale reminiscent of the style of Stephen King" - TDC Book Reviews

"Devoted music enthusiast and accomplished pianist, Lorne S. Gibbons, realizes the grim truth regarding a long lost and forbidden music as an evil entity is unleashed which threatens all existing life of Earth. As a crescendo of unknowable forces prepare to wipe out anyone in their way, Lorne and Veronica begin a race against complete annihilation. With little reinforcements, Lorne and Veronica have to fight against the god-aspiring creature to avoid further bloodshed. However, when godly power collides with humanity, the results are devastating." - Joshua Hubley

"One man's musical passion leads on a temporal hunt through a Lovecraftian world on a collision course with extinction! Reminiscent with Guy de Maupassant's The Horla" - Seph Sayers, Blogger & Book Reviewer

Following immediately on the heels of The Symbiot, its events segue directly into "The Hunt: Symbiosys".

Barely eclipsing global extinction, the Gibbons' couple are forced to flee and hide from clandestine forces intent on their eradication.

Centering between Montreal and Tokyo, this sequel introduces an unimaginable new world threat!

This book drops delicious hints of the advent of Lovecraftian-mythos monsters! Foreshadowing a hidden but impending doom, this entire sequel is haunted by an unnameable undertow which promises to reach fruition in this trilogy's upcoming conclusion, Necropolis.

More about Michel and his books: http://brokenkeypublishin.wix.com/michelweatherall.