Book Club: Go Tell It on the Mountain by James Baldwin 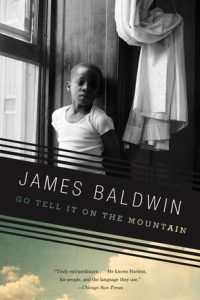 Please join us in a discussion of James Baldwin's first novel Go Tell It on the Mountain at our book club on April 4.

Originally published in 1953, Go Tell It On the Mountain is Baldwin’s first major work, a novel that has established itself as an American classic. With lyrical precision, psychological directness, resonating symbolic power, and a rage that is at once unrelenting and compassionate, Baldwin chronicles a fourteen-year-old boy’s discovery one Saturday in March of 1935 of the terms of his identity as the stepson of the minister of a Pentecostal storefront church in Harlem. Baldwin’s rendering of his protagonist’s spiritual, sexual, and moral struggle toward self-invention opened new possibilities in the American language and in the way Americans understand themselves.

Please e-mail events@octopusbooks.ca to RSVP, if you are interested in joining us!

JAMES BALDWIN (1924-1987) was a novelist, essayist, playwright, poet, and social critic. His first novel, Go Tell It on the Mountain, appeared in 1953 to excellent reviews, and his essay collections Notes of a Native Son and The Fire Next Time were bestsellers that made him an influential figure in the growing civil rights movement. Baldwin spent much of his life in France, where he moved to escape the racism and homophobia of the United States. He died in France in 1987, a year after being made a Commander of the French Legion of Honor.

A new documentary about James Baldwin I am Not Your Negro will be playing at Bytowne from March 31 to April 4. We highly recommend you go to see this film!