An Evening with Caroline Shepard, Author of Unlit Spaces 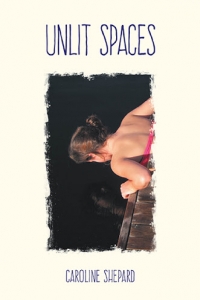 Unlit Spaces, a new novel by Caroline Shepard, brings to life the haunting story of Cailey Donald, a young woman who flees her rural Manitoba home in the wake of lingering childhood trauma. As Cailey matures, she finds herself in a variety of challenging situations, from working as a domestic in a wealthy Winnipeg home, to studying fine arts at a Montreal university. As she begins to establish herself in the Montreal art community, her life is at once inspired and inhibited by the hidden childhood trauma that resurfaces with ever increasing urgency. It is ultimately through her art, and in the company of those closest to her, that Cailey at last allows this paralyzing event to emerge from the shadows. Unlit Spaces is a dramatic and often moving love story that weaves themes of culture and art and social justice through the intersecting lives of a vibrantly entertaining cast of characters.

An unpublished version of Unlit Spaces was long-listed for the Robertson Davies Chapters First Novel Award.

GREW UP IN WINNIPEG, MANITOBA. The best of her summers were spent poking along the Winnipeg River and into the forests north of Lac du Bonnet. She has since lived in Ontario and Quebec, with periods of work, study and travel in the UK, Europe, the US, Botswana, and East Africa.

In 1992 she received an Explorations Grant from The Canada Council for the Arts and soon thereafter retired from her position as a Programme Officer for the Africa Desk at CUSO, the international NGO with whom she had served overseas in Botswana. That grant was in support of an earlier incarnation of ‘Unlit Spaces’. Caroline Shepard was first published at the age of fifty, and has gone on to publish short stories in The Queen’s Quarterly, Grain Magazine, Prairie Fire, A Room of One’s Own, and the Antigonish Review. A collection of her short fiction was published by Oberon Press in 2004. Off Centre was short listed for the Danuta Gleed award in 2005.

Now, at age 71, she has published a revised first novel, Unlit Spaces. A second novel is nearing completion. Caroline lives and writes in Ottawa.

More info about Caroline and her writing: http://carolineshepard.ca/.

“Oh my God girl you are a captivating writer. You got me hooked” —Missy Burgess, singer songwriter

“I’m impatient at not getting to the unlit places right away. But I guess that' s how you keep me reading. And the characters are so real for me that I need to know what's unlit. Way to go.” —MWS, prairie boy

“There are times I feel I am in the place with them. This is astonishing. Yes, I want to know the story, but I'm not in a hurry. Enjoying the banter and building complications. And as an aside, I'm overjoyed to return to the depths of light in amber, as if finding a long lost friend. Thank you.” —Gail Starr, graphic designer

“Caroline, what a delicious line "........the opening bars are like a cool stream flowing over the jagged edges within her” Love it!! and I love reading Unlit Spaces!!” —Lac du Bonnet, Prairie Dog

“I’m regretting leaving those vivid characters behind; became very involved in the plot and sub-plots, felt such a sense of immediacy in so many of the scenes - one that stands out for me is the meeting with Lucie in the laundromat. Very convincing dialogue throughout the book. Of course I was especially interested in Cailey's art projects, and the process of their making, with the added dimension of music, to which I certainly relate. Congratulations on having crafted a beautiful book! Keep on writing.” —MLP, from the glass house