ACTION TO SAVE SACRED ALGONQUIN LAND ON THE CHAUDIÈRE ISLANDS 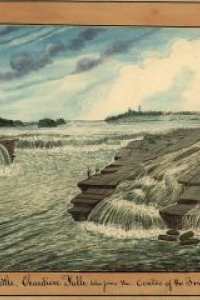 THE BATTLE TO SAVE SACRED ALGONQUIN LAND ON THE CHAUDIÈRE ISLANDS FROM WINDMILL CORPORATION’S ‘CONDO-LAND’ PROJECT IS ABOUT TO ESCALATE!

After initial legal and political skirmishes, the real battle against Windmill Corporation’s money grab on the Chaudière Islands (the old ‘Domtar lands’) is about to begin. On Saturday November 7th, between 10 AM and 2 PM, Windmill hopes to make its first condo sales (at Number 3 Eddy Street). (http://www.zibi.ca/zibi-ottawa-kanaal-is-coming/) Community and labour activists will be mounting an information picket to warn prospective buyers not to waste their money on a project that faces years of litigation by Algonquin First Nations and the threat of regular anti-development actions by community-based opponents. The leadership of five Algonquin communities have expressed their complete opposition to the development.

You can join the growing ranks of opponents to Windmill’s project by attending the information picket. In addition to warning prospective buyers about the risk they face, and hearing from key figures in the anti-Windmill movement (e.g., renowned Indigenous architect, Douglas Cardinal), the picket will launch a new Student and Labour Action Committee under the general umbrella of Free the Falls. (http://freethefalls.ca/) Come and learn more about how to join this high-profile battle against a big greenwashing company that has pockets deep enough to buy friends in politics, the media and even in some Indigenous circles. If, like us, you believe justice is a prerequisite for achieving the kind of reconciliation championed by the Truth and Reconciliation Commission advocated this summer, you’ll find yourself among allies in our movement.

Join us on November 7th and learn more about how you can assist us in demonstrating to Windmill that opposition to their plans to turn sacred Algonquin land into private profits is moving beyond the courts to opposition on the streets.