A BASIC INCOME GUARANTEE FOR ALL: THE TIME HAS ARRIVED with Basic Income Canada Network, Robert Rainer (Community Classroom) 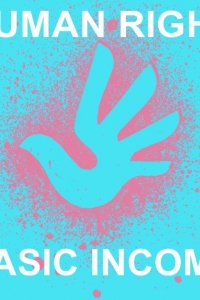 Income inequality is a profound characteristic of our current political and economic system. In the past years, with state’s austerity measures sponsoring big corporations for their profits, we see not only the gap between the rich and the poor widened, more unemployment and underemployment, but also growing number of people in precarious economic conditions, chronically unstable and insecure. They are the “precariat“ class, a term adopted by Guy Standing, a professor of economics and development studies at the University of London, in his book The Precariat: The New Dangerous Class (2011) and A Precariat Charter: From Denizens to Citizens (2014).

Many of us (40 per cent of the adult population in Canada) are living in a precarious economic condition. In a recent conversation with David Armstrong, one of our community members at 25One, David brought up a proposal for a policy of basic income guarantee (BIG) for all as a response to the growing precariat class and to the broader issue of income inequality. He intrigued us to look into the idea of BIG: what it is, what benefits it can offer and for whom. According to our research, BIG seems to be a good idea. It has the potential to improve food security, overall physical and mental health, as well as citizen participation in our society. The idea of BIG has been endorsed by many organizations in Canada including Community Food Centres Canada, Food Secure Canada, Food Banks Canada, Canadian Medical Association and the Canadian Public Health Association. It has also been endorsed by many mayors including those governing capital cities such as Victoria, Edmonton and Charlottetown.

BIG is not a new idea. In fact, forms of basic income exist as certain programs in Canada, notably programs for children under 18 and for seniors. Furthermore, forms of basic income have been tried on small scales or are being implemented on large scales in numerous places around the world including the U.S., Brazil, India and Namibia. Most recently Finland became the first country in the world to express intent to introduce a universal basic income.

The conversation in Canada about basic income seems reaching more and more people in small pockets across the country. Taking into consideration the future of our economy and the climate, it is timely that we host this event on BIG in hope to generate dialogues across political spectrums and collectively shape what a universal basic income could look like and how it could be implemented in Canada.

To help kick things off, Rob Rainer, a leading Canadian proponent of basic income will give us a short talk (20-30 minutes) on BIG followed by responses from several active community members: David Armstrong of Green Party of Canada, Scott Jarosiewicz of a M.A. Candidate in Political Economy at Carleton University, Julie McKercher of Western Ottawa Community Resource Centre, Eleanor Riley of Solidarity Against Austerity, and Adrienne Silnicki of Canadian Health Coalition, as well as Q&A with participants.

This event is sponsored by Solidarity Against Austerity (SAA).

Originally native to the west coast where he was born, Rob Rainer lived for many years in New Brunswick, later the National Capital Region and now near Perth, Ontario where he works on two major public interest passions—advancing basic income in Canada and conserving biological diversity. Working with numerous colleagues across Canada, Rob is centrally involved in Basic Income Canada Network—founded in 2008 and the only NGO in Canada wholly dedicated to the vision of a basic income guarantee for everyone in Canada.

Rob’s career has spanned outdoor recreation, conservation, ecotourism, poverty prevention and politics. He has held non-profit leadership positions since 1993 at community, regional and national levels, including seven positions as an executive director or equivalent.

He is the proud father of two adult daughters each of whom, like millions of working-age adults in Canada today, would benefit tremendously from being able to access a basic income guarantee.