You Are My Friend 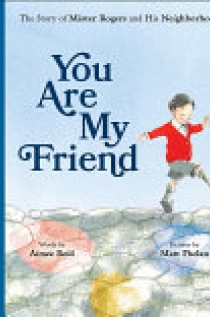 "Mister Rogers is one of the most beloved television personalities ever, but before he was the man who brought us "Mister Rogers' Neighborhood," he was just little Freddie Rogers. You Are My Friend tells how Fred was a sickly and lonely child. At school, he was bullied and had trouble making friends and expressing his feelings. His parents and grandparents encouraged Fred to ask for help and explore his world. When Fred grew up he became a champion of compassion, equality, and kindness, and he realized that he could spread his message through television.