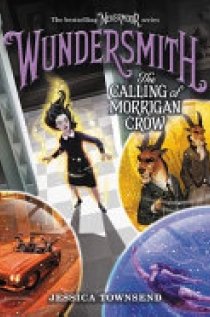 The captivating and heart-pounding sequel to the New York Times bestselling and #1 Kids' Indie Next Pick Nevermoor: The Trials of Morrigan Crow, as heroine Morrigan battles a new evil--now in paperback! Morrigan Crow may have defeated her deadly curse and joined the mystical and prestigious Wundrous Society, but her journey has only just begun.... The people of the secret, magical city of Nevermoor have a long memory of the monstrous attacks orchestrated by the only other known Wundersmith, Ezra Squall-and they seem to think Morrigan's own knack for Wunder makes her just as deadly.