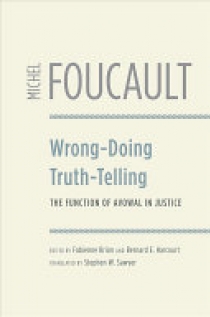 Three years before his death, Michel Foucault delivered a series of lectures at the Catholic University of Louvain that until recently remained almost unknown. These lectures--which focus on the role of avowal, or confession, in the determination of truth and justice--provide the missing link between Foucault's early work on madness, delinquency, and sexuality and his later explorations of subjectivity in Greek and Roman antiquity.