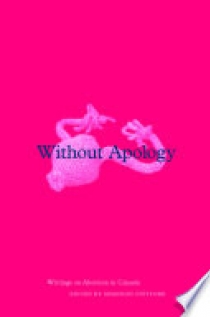 Until the late 1960s, the authorities on abortion were for the most part men—politicians, clergy, lawyers, physicians, all of whom had an interest in regulating women’s bodies. Even today, when we hear women speak publicly about abortion, the voices are usually those of the leaders of women’s and abortion rights organizations, women who hold political office, and, on occasion, female physicians. We also hear quite frequently from spokeswomen for anti-abortion groups. Rarely, however, do we hear the voices of ordinary women—women whose lives have been in some way touched by abortion.