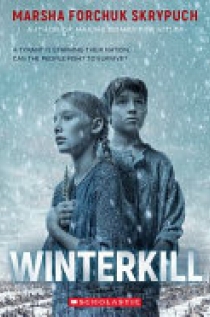 From the acclaimed author of Making Bombs for Hitler, a gripping and accessible story of kids fighting to survive the Great Famine in Soviet Ukraine. It's 1930, and Nyl and his younger brother have lived their whole lives on their family farm in Kharkiv, Ukraine. But now, it won't be their family's anymore, because the Soviets are forcibly collectivizing and taking over the land. On top of bad harvests and a harsh winter, conditions continue to get worse until it becomes clear the lack of food is not just chance... but a murderous plan leading all the way to Stalin.