By The Winnipeg Defence Committee 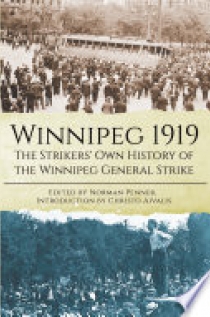 On May 15, 1919 workers from across Winnipeg, ranging from metal workers to telephone operators, united to spark the largest worker revolt in Canadian history. Even the Winnipeg police voted to join the strike, although they remained on duty at the request of the strike committee in order to prevent martial law. Approximately 30,000 workers walked off the job over the next six weeks, and the city was overtaken by lively demonstrations and marches in what the media, the city's leaders, and the federal government called a "Bolshevik uprising." The clash ended violently when RCMP on horseback charged and shot into a crowd of striking workers resulting in deaths, beatings, and arrests. The strike was called off and workers returned to their jobs without having earned the rights to higher wages and collective bargaining. Following the strike, union leaders published this account of the events leading up to and during the strike. Their volume is the most significant primary source describing the workers' experience of the strike. This book offers the full document in its original format along with an introduction to the 1974 edition by labour historian and activist Norman Penner. His essay has had a major impact on later research. This volume also includes a new introduction by historian Christo Aivalis discussing how the lessons learned in 1919 remain relevant today. Also included in this book are the key documentary photographs of strike events, including a minute-by-minute sequence showing the final RCMP fatal assault on the strikers.