Why I Am Not a Buddhist 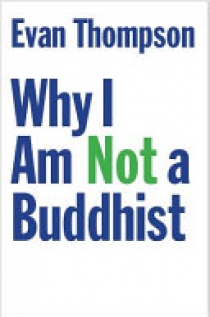 A provocative essay challenging the idea of Buddhist exceptionalism, from one of the world's most widely respected philosophers and writers on Buddhism and science Buddhism has become a uniquely favored religion in our modern age. A burgeoning number of books extol the scientifically proven benefits of meditation and mindfulness for everything ranging from business to romance. There are conferences, courses, and celebrities promoting the notion that Buddhism is spirituality for the rational; compatible with cutting-edge science; indeed, "a science of the mind." In this provocative book, Evan Thompson argues that this representation of Buddhism is false. In lucid and entertaining prose, Thompson dives deep into both Western and Buddhist philosophy to explain how the goals of science and religion are fundamentally different. Efforts to seek their unification are wrongheaded and promote mistaken ideas of both. He suggests cosmopolitanism instead, a worldview with deep roots in both Eastern and Western traditions. Smart, sympathetic, and intellectually ambitious, this book is a must-read for anyone interested in Buddhism's place in our world today.