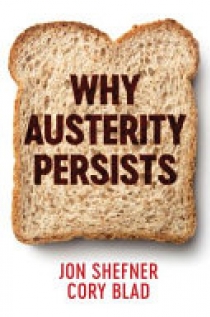 In the wake of the 2008 crisis, many nations in the Global North turned to austerity policies in an effort to resolve financial ills. What many failed to recognize is the longer history and varied pattern of such policies in the Global South over the preceding decades – policies which had largely proven to fail. In this book, Shefner and Blad trace the 45-year history of austerity policies and how they became the go-to policy to resolve a host of economic problems. The authors use a variety of cases from the Global North and South to address how austerity has been implemented, who has been hurt, and who has benefited. The authors argue that because the powers that impose austerity have changed over time, the policy has been used to address different kinds of crises, making states and polities responsible for a variety of errors and misdeeds of private actors. The book answers a number of important questions: why austerity persisted as a policy aimed at resolving national crises, despite evidence that it often does not work; how the policy itself evolved over recent decades; and who and what the powerful people and institutions are that have helped impose it across the globe. This timely book will appeal to students, researchers, and policy-makers interested in austerity, development, political economy, and economic sociology.