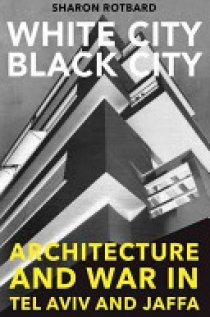 "This is a unique and bold story about architecture that boldly challenges Israeli's national identity politics and the official narrative that was used to construct Tel Aviv's identity, culture, and rhetoric. The narrative goes something like this: the white city of Tel Aviv was founded in 1909 to the immediate North of the walled port city of Jaffa under an urban plan developed by Sir Patrick Geddes, which reflected the most advanced and modern organic planning principles. The buildings of Tel Aviv were designed by Bauhaus architects who were trained in Europe before immigrating to Israel. They created an outstanding architectural ensemble of the modern movement in a new cultural context. Tel Aviv became Israel's foremost economic and metropolitan nucleus and has always been considered one of the outstanding examples of innovative town-planning ideas of the first part of the 20th century. This book shows how Tel Aviv's tale of a modernist 'white city' that 'emerged from the dunes' and gained international recognition when it was designated a UNESCO world heritage site in 2003 hides behind its skyline the story of a city whose history has been buried. White City, Black City offers a new narrative, in which Tel Aviv is born in Jaffa and is shaped according to its conflict with Jaffa, thus influencing the fate of Palestine, Israel and the Middle East. This new urban parable is not only about architecture, building and writing, but also at its heart about war, destruction, erasure, and the erasure of the erasure. as Joana Gonen, wrote in time out, "White City, Black City" is not a book about architecture. It is a political text written in clear language, under the cover of a book on architecture... one of the most radical texts published in Hebrew in recent years"--