Whatever Happened to the Islamists? 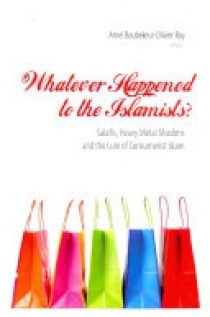 Islamism and political Islam might seem like contemporary phenomena, but the roots of both movements can be traced back more than a century. Nevertheless, the utopian beliefs of Islamism have been irrevocably changed by the processes of modernization, especially globalization, which have taken the philosophy in unmistakable new directions. Through meticulous theoretical and ethnographic research, this collection maps the movements of current and former Islamists to determine what has become of political Islam. Islam continues to be a fresh and vital ideology to a new generation of militants, even though the channels through which it is expressed have changed. Jihad is often conducted electronically via Islamist email list-serves and Islamist activism has been personalized -- even domesticated -- through the production and consumption of political goods, such as Islamic soft drinks. Even the street protests that once characterized the Islamist struggle have now been eclipsed by Islamic rap concerts. By confronting these changes, this anthology highlights Islam's remarkable adaptation to modern influences and the ongoing revitalization of its utopian message.