What a Mushroom Lives For 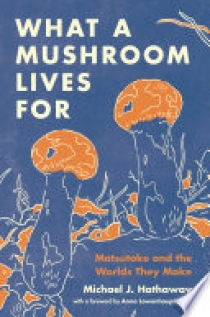 "When Michael Hathaway embarked on the fieldwork that led to this book years ago, he thought he would be writing a conventional ethnography, centered on the lives of people engaged in the foraging and circulation of an exotic type of mushroom known as the matsutake, which sells for a thousand dollars a kilogram in Japan. In southwest China's Himalayan forests, Hathaway spent months in two mountain communities, among ethnic Tibetans and among the Yi people, whose lives have been transformed beyond recognition by the lucrative matsutake trade.