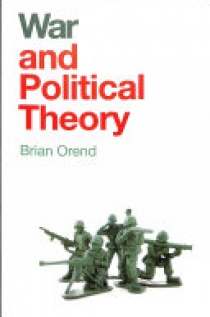 In a world that continues to be riven by armed conflict, the fundamental moral and political questions raised by warfare are as important as ever. Under what circumstances are we justified in going to war? Can conflicts be waged in a ‘moral’ way? Is war an inevitable feature of a world driven by power politics? What are the new ethical challenges raised by new weapons and technology, from drones to swarming attack robots? This book is an engaging and up-to-date examination of these questions and more, penned by a foremost expert in the field. Using many historical cases, it examines all the core disputes and doctrines, ranging from realism to pacifism, from just war theory and international law, to feminism and the democratic peace thesis. Its scope stretches from the primordial causes and perennial drivers of war to the cyber-centric space-age future of armed conflict in the 21st century. War and Political Theory is essential reading for anyone, whether advanced expert or undergraduate, who wants to understand the pressing empirical realities and theoretical issues, historical and contemporary, associated with armed conflict.