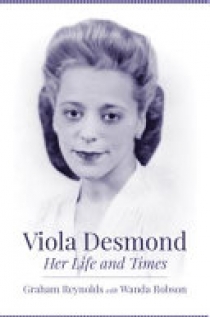 "For many Canadians, the first introduction to Viola Desmond will have been was seeing her portrait on the new $10 banknote. Those who are familiar with her life Others know that she was wrongfully arrested in 1946 for refusing to give up her seat in the racially segregated Roseland Theater in New Glasgow, Nova Scotia. Her singular act of courage was a catalyst in the struggle for racial equality, which ultimately resulted in the passage of human rights legislation that officially ended the practice of racial segregation in Nova Scotia.