Vanguard of the Revolution

By A. James McAdams 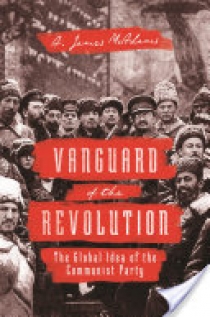 The first comprehensive political history of the communist party Vanguard of the Revolution is a sweeping history of one of the most significant political institutions of the modern world. The communist party was a revolutionary idea long before its supporters came to power. A. James McAdams argues that the rise and fall of communism can be understood only by taking into account the origins and evolution of this compelling idea. He shows how the leaders of parties in countries as diverse as the Soviet Union, China, Germany, Yugoslavia, Cuba, and North Korea adapted the original ideas of revolutionaries like Karl Marx and Vladimir Lenin to profoundly different social and cultural settings. Vanguard of the Revolution is essential reading for anyone seeking to understand world communism and the captivating idea that gave it life.