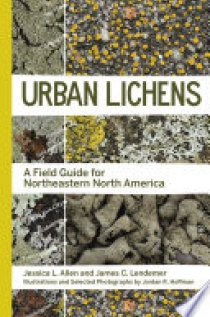 A practical field guide to the common lichens found in the northeastern megalopolis, including New York City, Toronto, Boston/New Haven, Philadelphia, Baltimore/Washington, D.C., and as far west as Chicago Lichens are dynamic, symbiotic organisms formed by close cooperation between fungi and algae. There are over 20,000 identified species performing essential ecosystem services worldwide. Extremely sensitive to air pollution, they have returned to cities from which they were absent for decades until the air became cleaner.