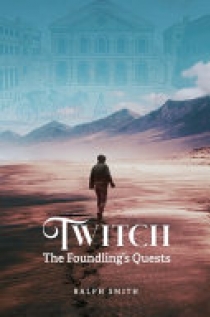 Twitch: The Foundling's Quest is a Dickensian novel made relevant to readers of the 21st century. In the mid-19th century, Malcolm, who is afflicted with Tourette's Syndrome and fostered at an impoverished Surrey farm, is returned to the London Foundling Hospital. Later, he is apprenticed to a wheelwright in Staffordshire but leaves to join his bewitching foster sister Lydia on a coffin ship carrying Irish famine emigrants over the Atlantic Ocean to the horrors of quarantine at Grosse Ile in colonial Canada. Finally, in the burgeoning economy of Bytown, he becomes independently wealthy.