Tse-Loh-Ne (The People at the End of the Rocks) 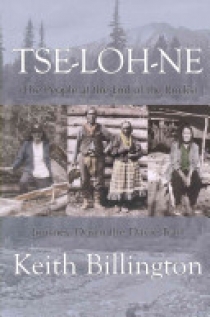 The Tse-loh-ne from the Sekani First Nation were known as The People at the End of the Rocks. This small band of people lived and thrived in one of BCs most challenging and remote areas, 1,600 kilometres north of Prince George in the Rocky Mountain Trench. In 1988, Keith Billington worked as the band manager for the isolated Sekani Indian Band at Fort Ware. Several years into his new job, Keith was invited on a traditional Sekani trek. The travellers would follow the Aatse Davie Trail using pack dogs, traversing 460 kilometres in some of BCs roughest terrain.