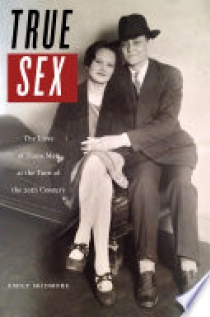 Winner, 2018 U.S. History PROSE Award The incredible stories of how trans men assimilated into mainstream communities in the late 1800s In 1883, Frank Dubois gained national attention for his life in Waupun, Wisconsin. There he was known as a hard-working man, married to a young woman named Gertrude Fuller. What drew national attention to his seemingly unremarkable life was that he was revealed to be anatomically female. Dubois fit so well within the small community that the townspeople only discovered his “true sex” when his former husband and their two children arrived in the town searching in desperation for their departed wife and mother. At the turn of the twentieth century, trans men were not necessarily urban rebels seeking to overturn stifling gender roles. In fact, they often sought to pass as conventional men, choosing to live in small towns where they led ordinary lives, aligning themselves with the expectations of their communities. They were, in a word, unexceptional. In True Sex, Emily Skidmore uncovers the stories of eighteen trans men who lived in the United States between 1876 and 1936. Despite their “unexceptional” quality, their lives are surprising and moving, challenging much of what we think we know about queer history. By tracing the narratives surrounding the moments of “discovery” in these communities – from reports in local newspapers to medical journals and beyond – this book challenges the assumption that the full story of modern American sexuality is told by cosmopolitan radicals. Rather, True Sex reveals complex narratives concerning rural geography and community, persecution and tolerance, and how these factors intersect with the history of race, identity and sexuality in America.