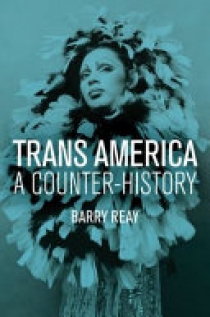 Trans seems to be everywhere in American culture. Yet there is little understanding of how this came about. Are people aware that there were earlier periods of gender flexibility and contestability in American history? How well-known is it that a previous period of trans visibility in the 1960s and early 1970s faced a vehement backlash right at the time that trans, in the form of what was then termed transvestism and transsexuality, seemed to be so ascendant? Was there transness before transsexuality was named in the 1950s and transgender emerged in the 1990s? Barry Reay explores this history: from a time before trans in the nineteenth century to the transsexual moment of the 1960s and 1970s, the transgender turn of the 1990s, and the so-called tipping point of current culture. It is a rich and varied history, where same-sex desires and identities, cross-dressing, and transsexual and transgender identities jostled for recognition. It is a history that is not at all flattering to US psychiatric and surgical practices. Arguing for the complexity of a trans past and present, Trans America will be a key text for the trans community, as well as those interested in sexuality studies, contemporary history, psychology, psychiatry, sociology, and media studies.