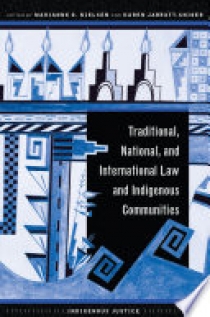 "This manuscript, the second in the Indigenous Justice series, explores the "use and misuse of the law to the detriment of Indigenous people." It is sorted around three major themes: it highlights the marginalization of Indigenous law; argues that European-based law has been used to "destroy Indigenous human rights by enacting laws about forced assimilation, political disenfranchisement, and the destruction of social institutions"; and shows that "law is often a tool of exploitation" that has been "used to justify slavery, massacres, land and resource theft, and treaty-breaking.""--