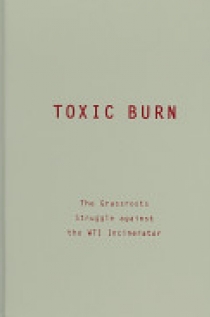 Debates over global warming and fossil fuel dependence dominate public discussions of the environment. For many of us, these debates are abstract because environmental problems do not yet disrupt our daily lives. But in communities throughout the United States and around the globe, environmental activism is not a matter of choice, it is a necessity. East Liverpool, Ohio, is one of those places. Since 1993, the eastern Ohio River Valley has been home to a massive hazardous waste incinerator. The WTI incinerator in East Liverpool burns 60,000 tons of hazardous waste each year, has experienced dozens of accidents, and is located within 100 yards of an elementary school. Yet, it continues to operate. Toxic Burn is a gripping account of the activist movement against the imposing WTI incinerator in this struggling rust belt town. Drawing on personal interviews with key participants as well as official documents, Thomas Shevory tells the story of building, maintaining, and resisting the incinerator. It begins in the 1970s with community leaders who responded to failing pottery and steel industries by proposing the incinerator as a source of jobs and tax revenue. The incinerator’s opponents fought back, challenging EPA permits in court. They also enlisted the support of Greenpeace and publicly called presidential hopeful Al Gore to task for the Clinton administration’s backing of the incinerator. These activists’ efforts have not only helped to curtail the industry’s expansion, Shevory concludes, but have also encouraged movement toward more sustainable models of industrial production. Hazardous waste disposal is a hot-button issue in many communities. By analyzing the obstacles faced by the WTI incinerator’s opponents, as well as their victories, Toxic Burn shows that the actions of decent and determined citizens are powerful and essential to developing new environmental models and ultimately saving the health and lives of those in the path of potential disaster. Thomas Shevory is professor of politics at Ithaca College. He is also author of Notorious H.I.V.: The Media Spectacle of Nushawn Williams (Minnesota, 2004).