Too Big for a Single Mind 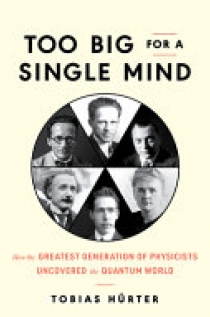 The epic true story of how a global team of physics luminaries—Einstein, Curie, Schrödinger, and more—toppled the Newtonian universe amid the turmoil of two World Wars There may never be another era of science like the first half of the twentieth century, when many of the most important physicists ever to live—Marie Curie, Max Planck, Wolfgang Pauli, Niels Bohr, Werner Heisenberg, Ernst Schrödinger, Albert Einstein, and others—came together to uncover the quantum world: a concept so outrageous and shocking, so contrary to traditional physics, that its own founders rebelled against it until the