To Live Is to Resist 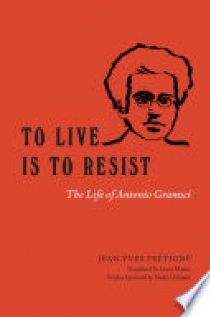 "The Italian intellectual Antonio Gramsci (1891-1937) is one of the most influential political thinkers of the twentieth century, one whose ideas left an indelible mark on philosophy and critical theory around the world. His original, innovative work on history, society, power, and the state has influenced several generations of readers and political movements, and it has shaped important developments in postcolonial thought through concepts such as subalternity and hegemony.