To Begin the World Over Again 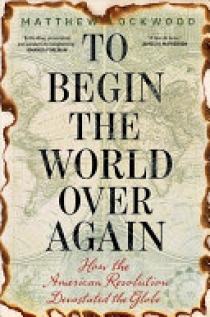 The first exploration of the profound and often catastrophic impact the American Revolution had on the rest of the world While the American Revolution led to domestic peace and liberty, it ultimately had a catastrophic global impact--it strengthened the British Empire and led to widespread persecution and duress. From the opium wars in China to anti-imperial rebellions in Peru to the colonization of Australia--the inspirational impact the American success had on fringe uprisings was outweighed by the influence it had on the tightening fists of oppressive world powers.