Thou Shalt Do No Murder 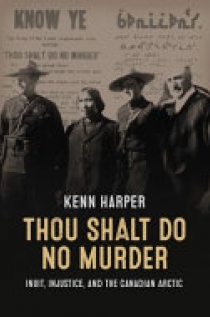 High Arctic, 1920: Three Inuit men delivered justice to an abusive Newfoundland trader. This is a story of fur trade rivalry and duplicity, isolation and abandonment, greed and madness, and a struggle for the affections of an Inuit woman during a time of major social change in the High Arctic. Doubts over the validity of Canadian sovereignty and an official agenda to confirm that sovereignty added to the circumstances in which a guilty verdict against the leader of the Inuit accused was virtually assured.