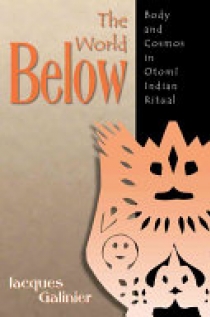 Jacques Galinier surveys both traditional Otomí cosmology and colonial and contemporary Catholic rituals to illustrate the complexity of continuity and change in Mesoamerican religious ideology and practice. Galinier explores the problems of historical and family memory, models of space and time, the role of the human habitation in cosmology, shamanism and healing, and much more. He elucidates the way these realities are represented in a series of arresting oppositions -- both Otomí oppositions and the duality of indigenous and Catholic ritual life -- between the upper and lower human body. As Galinier details, in Otomí cosmology, psychological forces are stored at the very bottom of the body -- 'the World Below' -- in what translates roughly as an 'Old Bag'. This spiritual sack is saturated with 'rottenness and sex' and invades the collective unconscious of the Otomí cosmos. Drawing upon both Freud and theories of the carnivalesque, Galinier argues that this world below provides the foundation for an indigenous metapsychology that is at once very close and very far away from the Freudian conceptual apparatus.