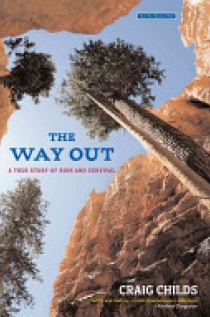 - A breakout book from a writer increasingly celebrated as the 21st-century bard of the American Southwest--a writer in the tradition of Barry Lopez, Peter Matthiessen, Terry Tempest Williams, among others. - In March 2003, Craig Childs received the Spirit of the West Literary Achievement Award, given to a writer whose body of work captures the unique spirit of the American West. - As a chronicle of adventure, as emotionally charged human drama, as confessional memoir, The Way Out is a transcendent book, a work destined to earn a lasting place in the literature of extremes.