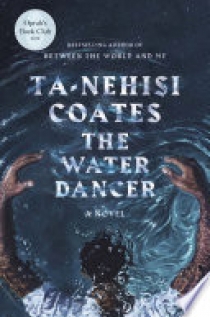 "Young Hiram Walker was born into bondage--and lost his mother and all memory of her when he was a child--but he is also gifted with a mysterious power. Hiram almost drowns when he crashes a carriage into a river, but is saved from the depths by a force he doesn't understand, a blue light that lifts him up and lands him a mile away. This strange brush with death forces a new urgency on Hiram's private rebellion. Spurred on by his improvised plantation family, Thena, his chosen mother, a woman of few words and many secrets, and Sophia, a young woman fighting her own war even as she and Hiram fall in love, he becomes determined to escape the only home he's ever known. So begins an unexpected journey into the covert war on slavery that takes Hiram from the corrupt grandeur of Virginia's proud plantations to desperate guerrilla cells in the wilderness, from the coffin of the deep South to dangerously utopic movements in the North. Even as he's enlisted in the underground war between slavers and the enslaved, all Hiram wants is to return to the Walker Plantation to free the family he left behind--but to do so, he must first master his magical gift and reconstruct the story of his greatest loss."--

By Nikolai Gogol
Alma Classics | January 7, 2020 | 224 pages
The mayor and local officials of a small provincial town in Russia have got it made: corruption is rife and they have all the power. Yet, when they learn that an undercover government inspector is about to make a visit, they face a mad dash to cover their tracks. Soon, the news that a suspicious...  END_OF_DOCUMENT_TOKEN_TO_BE_REPLACED
Literature - International

The Inheritance of Solomon Farthing

By Mary Paulson-Ellis
Mantle | September 5, 2019 | 400 pages
From The Times bestselling author of The Other Mrs Walker - Waterstones Scottish Book of the Year 2017 - comes Mary Paulson-Ellis's second stunning historical mystery, The Inheritance of Solomon Farthing. Solomon knew that he had one advantage. A pawn ticket belonging to a dead man tucked into his...  END_OF_DOCUMENT_TOKEN_TO_BE_REPLACED
Literature - International

By Vikram Paralkar
January 14, 2020 | 224 pages
A surgeon must bring a dead family back to life in this fabulist debut novel set in rural India, which examines power, corruption, and ethics   END_OF_DOCUMENT_TOKEN_TO_BE_REPLACED
Literature - International

By Meng Jin
Custom House | January 14, 2020 | 272 pages
"Meng Jin is a writer whose sweep is as intimate as it is global. Little Gods is a novel about the heart-wracking ways in which we move through history and time. A fierce and intelligent debut from a writer with longitude and latitude embedded in her vision." -- Colum McCann Combining the emotional...  END_OF_DOCUMENT_TOKEN_TO_BE_REPLACED
Literature - International

By Nell Zink
Ecco | August 27, 2019 | 416 pages
A Recommended Book of 2019 from Vulture and Esquire Pam, Daniel, and Joe might be the worst punk band on the Lower East Side. Struggling to scrape together enough cash and musical talent to make it, they are waylaid by surprising arrivals—a daughter for Pam and Daniel, a solo hit single for Joe....  END_OF_DOCUMENT_TOKEN_TO_BE_REPLACED
Literature - International