The United States vs. China 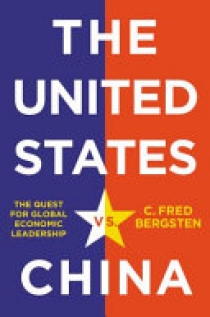 After leading the world economy for a century, the United States faces the first real challenge to its supremacy in the rise of China. Is economic (or broader) conflict, well beyond the trade war that has already erupted, inevitable between the world’s two superpowers? Will their clash produce a new economic leadership vacuum akin to the 1930s when Great Britain abandoned its leadership role and a rising United States was unwilling to step in to save the global order?