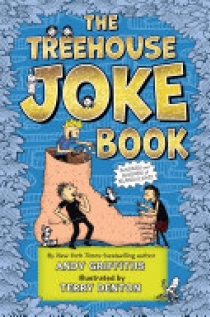 What's black and white and read all over the world? The New York Times–bestselling Treehouse series, of course! International author-illustrator superstar duo Andy Griffiths and Terry Denton are back, and this time they've cooked up a hilarious joke book to complement their beloved chapter book series. Chock-full of gags, quips, and puns—both all-new and some that were previously featured in The 104-Story Treehouse—the Treehouse Joke Book promises countless laughs both for existing fans and newcomers to the Treehouse universe.